This is a selection of a series of pictures taken in 3 wonderful yet totally different cities during the years between 2006 to 2011:
Riga, Tel Aviv and Munich. They were made, at the very beginning, without any understandable purpose at all, but within years, I have found
out that these pictures acted as paragraphs of a some sort of a special travel diary. In fact, all these pictures show spots that have a strong connection to my soul for they are the architectonic frames in front of which special events happened in my life. However, as you may have already noticed, the depicted urbanscapes have gone through some sort of dramatic geometric transformations. Transformations that, as far as I have understood today, intend to behave as a some sort of asymmetric footprint of the very moment in which my soul got shaken in that very place. For the sake of my own masochism, or I would say rather autism, each image needed to be worked in CG for weeks or even months, no matter whether the emotional footprint was good or bad. A major set of tasks which helped me begin, and develop, a close relationship with many of the architectonic elements appearing the pictures,
such as balconies, windows or roo ng tiles. Elements that, starting as witnesses, ended up being victims of my unavoidable need to say that once I was there. 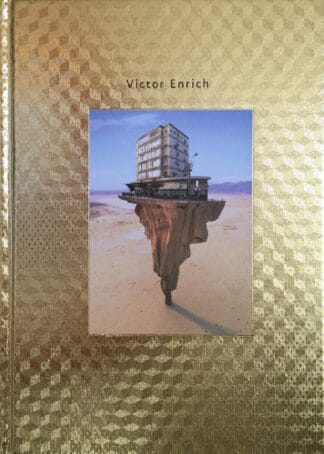