The downtown east side (AP)

Only 1 left in stock

Claire Martin (1980) began her career by studying a degree in Social Work, however, she changed her focus to Photography when she realized that change can also be effected through this medium. Since beginning her career pursuing personal projects in 2007, she has focused her lens on marginalized communities within prosperous nations.

She met inhabitants of Vancouver’s Downtown East Side, who live in one of the worst urban slums in North America, ironically, in a city known as “the worlds most liveable”. In the United States, she focused on Slab City’s inhabitants, a community of squatters who live in a former military base in the California’s desert. Most recently, in Australia she has documented people choosing a life of poverty in the forested communes of NSW’s controversial Nimbin area.

This work has been recognized with a Prix Pictet nomination (2012), a Lead Academy Award (2011), the Magnum and Inge Morath Foundation Inge Morath Award (2010), by Reportage by Getty Images and The Sony World Photography Awards (2009), and with an IPA nomination (2008). A limited edition Zine was created, and sold out in 2012 by Editions Bessard, and the complete triptych was exhibited at Image Singulieres in Sete, France in May 2013.

Claire also directs her energies into group projects. She was a member of Oculi, Australia’s most established photo collective, from 2010 – 2014. She also co-created “Danube Revisited – The Inge Morath Truck Project”, a photographic road trip along the length of the Danube River and a travelling exhibition of the work of renowned Magnum photographer Inge Morath, inside a converted 7.5T truck. 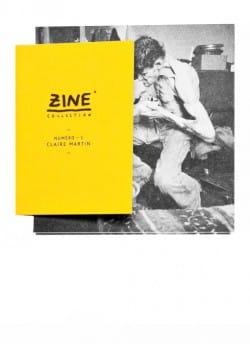