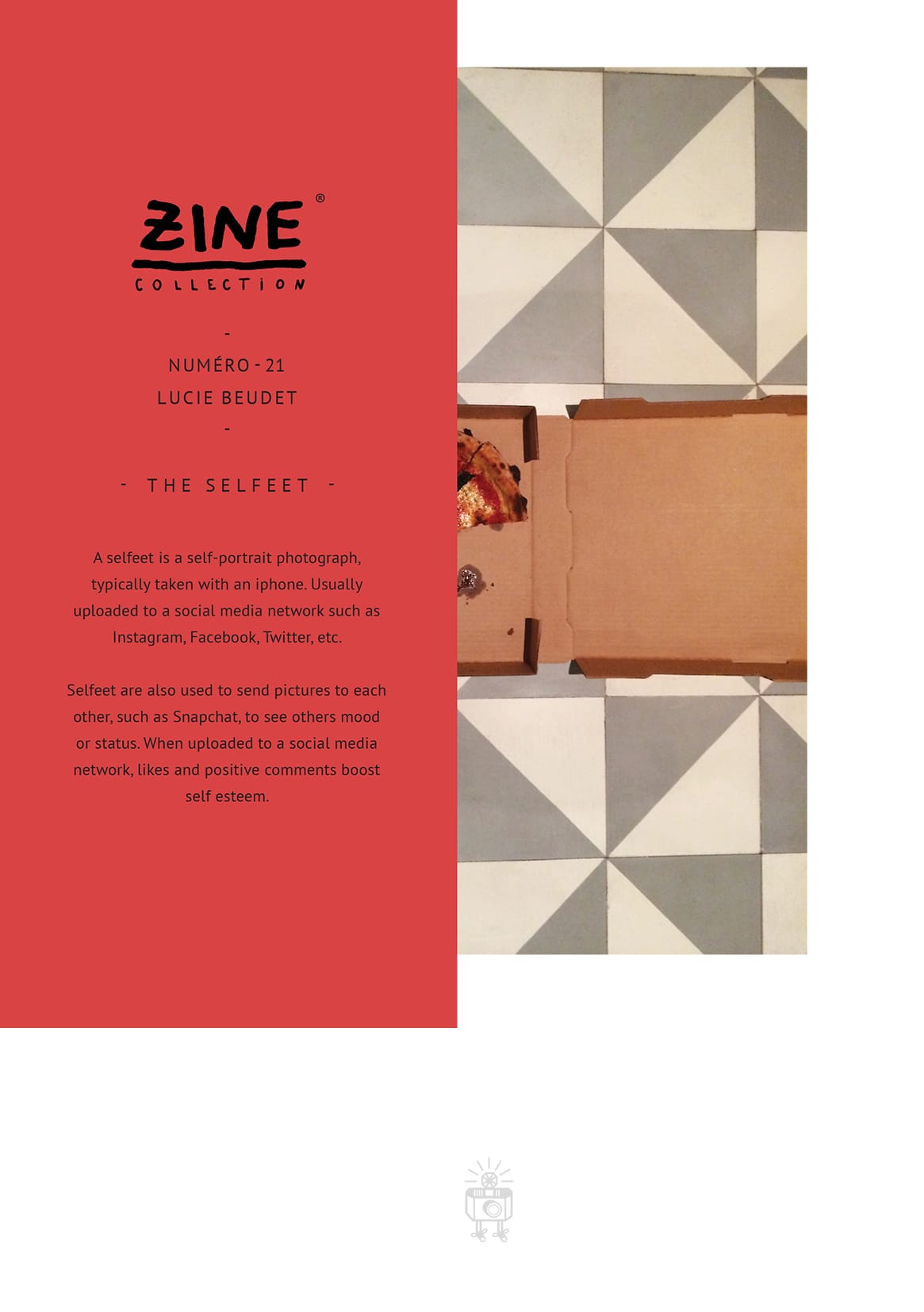 #‎TheSelfeet‬
A series of self-portraits about the ridiculous practice of narcissism on the Internet by @Lucie Beudet.
Social network feeds and our lives have been invaded by selfies.
This topic has been mentioned more than 92 million time on Twitter in 2014.
A narcissistic, self-centred, symbol of the “look at me, like me” trend.
Artists, Politics, models…. Everyone is concerned by the “self-portrait” phenomenon.
By releasing #TheSelfeet, a compilation of her feet photos, describing her everyday tribulations, Lucie Beudet proposes her own pop, experimental and provocative interpretation of the digital trend.
This “photo-biographic” project drew the attention of a Pierre Bessard from the prestigious Bessard editions. He proposed Lucie Beudet publish her photos in Zine photo series, where famous photographers as Cristina De Middel, Brian Griffin, Max Pam or Bernard Plossu were published before her. Enthusiastic about the project, he explains that Lucie, “particularly understood this new global photography trend: modern and fashion. She managed to have an aesthetic photographic project, stuck in reality at the same time”.
‪#‎The‬ Selfeet plays with lines, proportion and graphic effects but denounces also the one-upmanship “of the self”.
With her creative project, Lucie Beudet wants to make us think about the way we digitally brand ourselves.

Pierre de Vallombreuse follows the life of a small community...