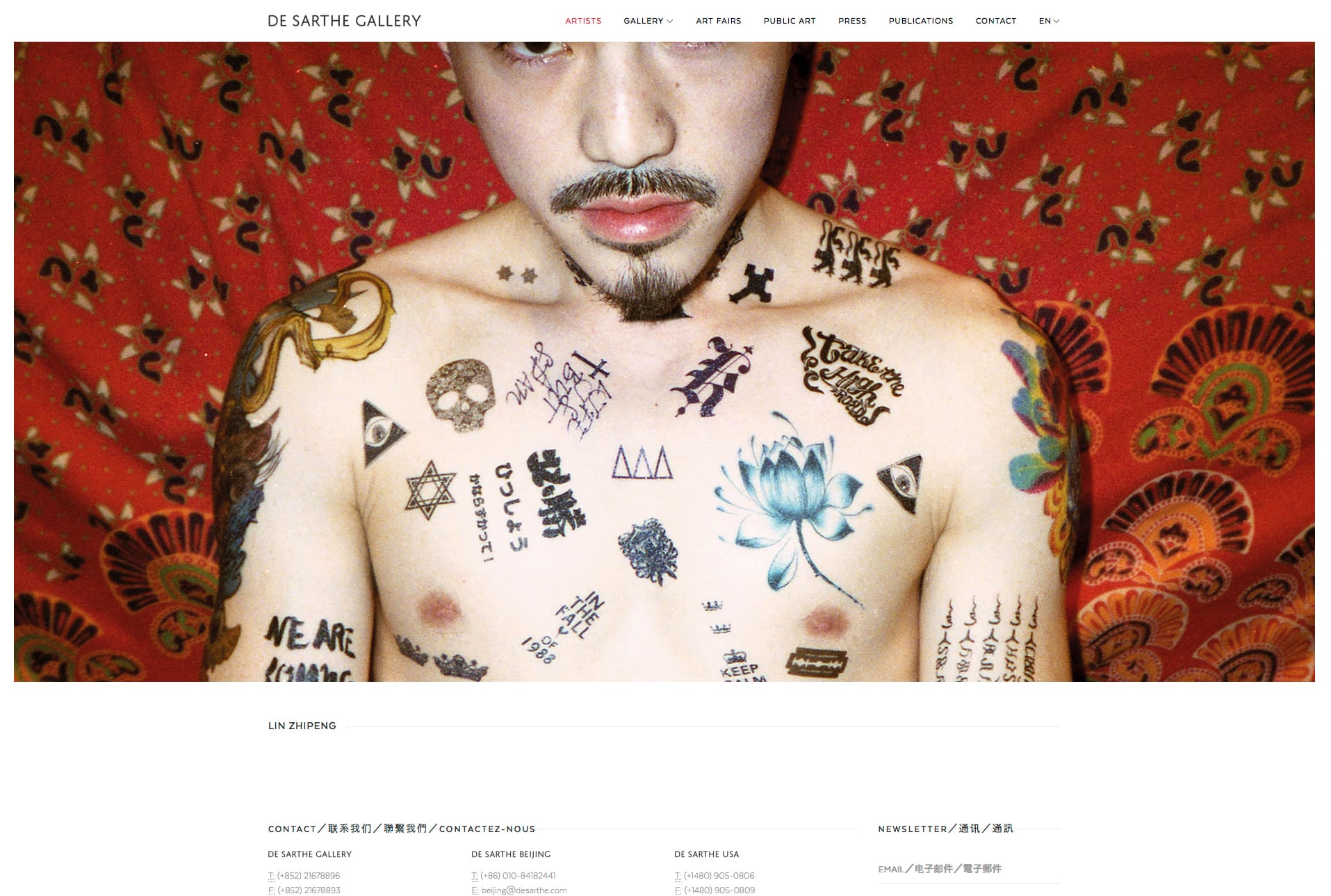 de Sarthe Beijing is managed by Vincent de Sarthe, son of Pascal and Sylvie de Sarthe. The gallery is dedicated to contemporary art from China introducing contemporary Chinese figures Lin Jingjing, Ma Sibo, Wang Guofeng, Wang Xin and Zhou Wendou, amongst others and prominently positioning the presence of de Sarthe in the international contemporary art scene. The two galleries continue to work very close together, serving as two platforms to communicate between modern and contemporary as well as Western and Eastern arts.

de Sarthe Gallery
First established in Paris in 1977, de Sarthe Gallery moved its location to be closer to the most exciting art scenes of the time. This passionate path to seek the most important artworks of Impressionist and Modern masters as well as to represent living artists led the founders, Pascal and Sylvie de Sarthe, from San Francisco to Los Angeles to Phoenix and presently to Hong Kong and Beijing, where they pioneered the complete relocation of their international gallery in 2010. Discovering talent ahead of the market, they brought global attention to the works of the Chinese painters in Paris, Zao Wou-ki, Chu Teh Chun and T’ang Haywen, as well as to one of the first major Chinese conceptual artists, Chen Zhen. Working closely with institutions, in 2002 they notably organized the Robert Indiana retrospective at the Shanghai Art Museum. While representing artists worldwide and without focusing on their origin, the gallery currently represents a new generation of Chinese contemporary artists, notably Lin Jingjing, Ma Sibo, Wang Guofeng, Wang Xin and Zhou Wendou. After collaborating with established international artists, Vincent, the son of the founders, opened de Sarthe Beijing in 2014.