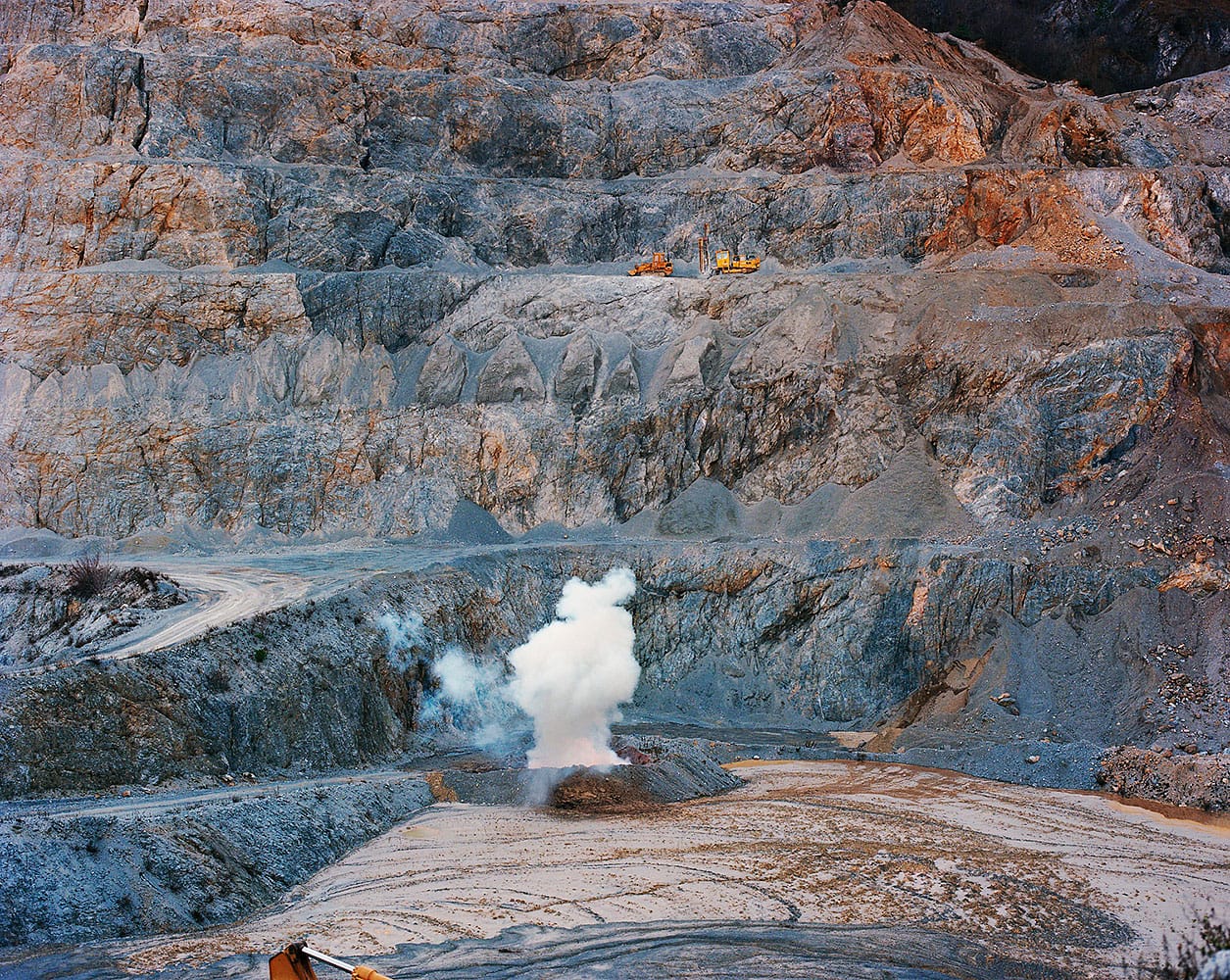 KA-BOOM
I started to take pictures of explosions in Italy in 2008, as the global economy went down. After having worked for long time on demolitions, landslides and other landscape transformations, it was an ideal evolution of my previous research about time, sense of limit and traces of collective memory. You could say that I work on a sort of “aesthetic of destruction”, but I prefer to consider it as a natural and irreversible entropy.
Following the Police bomb squad motto, “Semel errare licet” (you can go wrong once) I take my pictures with a 4’x5’ viewcamera, so only one shot and good luck.  The project aims at speaking about concepts like “time”, “limit” and “energy”, not only regarding the explosion, but also in the representation of a dissolution, as a metaphor of the destruction of contemporary world, in front of whom we seem to be only spectators, sometimes indifferent. A sublime spectacle that attracts and repels at the same time; painful, but maybe necessary to rebuild and renew. 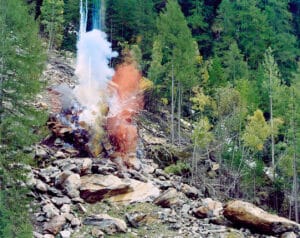 My first interest is the context where an event occurs, the scene surrounding the chaos, the social behaviors, more than the explosion itself. Indeed, the blast could even seem a fake or a bug inside the picture, suspended between staging and reality.  About this, I really like that a lot of people ask me if my photographs are staged, even if they are not. It makes me wonder about our beliefs and expectations towards the images. Moreover, the distance of the point of view, the same of a curious bystander or that of the bomber delighting in the destruction he has created, remind us that looking is never a neutral act. Working on all these contraddictions is also a way to reflect on the ambiguity of the photographic language itself.
During the past years I carried out a lot of research on the uses of explosives, developing a personal approach to the subject and collecting informations and contacts with leading international experts. I studied a lot of books about explosives, especially their graphic design and pictures. I’ve had access to the historical archive of a big italian company that produced and commercialyzed explosives from the ‘50s to ‘90s and I became more and more interested in “functional” pictures, made only to show you something and to be what they are, without any artistic ambition. I started to mix all these stuffs with my pictures and I saw that it made the project more complex and ambigous.

Then I began to stage and rephotograph some of these pictures, sometimes using myself as an actor. The instruments, the hands arranging something are all part of a kind of “performative” action. Someone told me that these pictures are the most disturbing part of the work, in some way, and I asked me why; mostly of the objects I have in my hands are not the real ones but fake models I made. The answer is that images, more than other media, depend on the context where we see them. So, the anxiety that we feel is not inside the picture but only in our eyes.

As with my past projects, I work on collective imaginary, related to the explosion in this case, through the chameleonic power of Photography.  KA-BOOM will be soon a photobook, published by Editions Bessard (Paris) in 2017, with the graphic design by Fabrizio Radaelli, and an exhibition project is coming.

KA-BOOM #05, from the Studio Graziadei art collection, is currently on show at MACRO Museum in Rome, during the Fotografia Festival until January 8th, 2017, in the section dedicated to the past winners of the Graziadei Award. http://www.premiograziadei.org